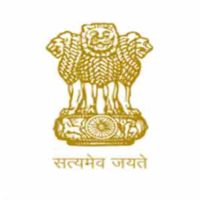 UPSC Online NDA 2 Admit Card 2021: Union Public Service Commission has officially released the NDA II 2021/ UPSC NDA 2 exam admit card. Also the commission has officially confirmed the exam date for the National Defence Academy and Naval Academy Examination (II), 2021. The UPSC has published the NDA 2021 admit card on its official website @upsconline.nic.in/eadmitcard and upsc.nic.in or at upsc. gov. in. As per the UPSC latest news the Nda 2 exam will be conducted on 14th November 2021 (14.11.2021). You can download the upsc.nic.nda 2021 admit card by using Registration Id (RID) and Roll Number.

Candidates must download the upsc nda admit card to attend the nda II exam. The UPSC NDA e-admit card is mandatory for the candidates and to take print out of the UPSC NDA 2 admit card. UPSC NDA Exam participants should bring the same along with this e- Admit Card to be permitted to enter the examination hall. Aspirants has any problem to downloading e-admit card for the National Defence Academy & Naval Academy Examination (II), 2021 kindly send a mail to UPSC referred e-mail address “[email protected]”.

If you are having problem in downloading UPSC NDA e-Admit card using suggested browsers then clear the cache and cookies of browser using browser setting. In case if you are still unable to download the e-Admitcard then please try to download the admit card using other computer machine. If the candidate is blocked by the server in case of repetitive downloading please contact UPSC Administrator immediately through e-mail: – [email protected] to unblock the downloading.