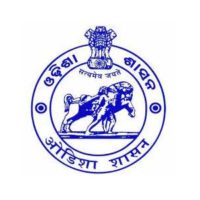 The above instructions are provisional w.e.f. 04.07.2022 i.e. from the date of approval of the Finance Ministry in this regard. Further, the matter is separately referred to the Ministry of Finance/Department of Expenditure. Date of Effect of Decision and Reg. Recovery issue of NDA. It is issued with the approval of the Directorate of Finance, Ministry of Railways. The Hindi version is attached.

How to calculate the 7th CPC revised pay scale?

The Committee of the 7th CPC submitted its report to the Finance Minister on 19 November 2015. It was only after this occasion that the term ‘Pay Matrix Table’ was introduced across the country and is still being talked about among Central Government employees and pensioners. According to the 7th CPC report, the total number of Central Government employees in service as on 1.1.2014 was 33,01,536 [91,501 Group ‘A’ officers, 2,80,892 Group ‘B’ officers, and 29,29,143 Group ‘C’ employees. To get more upcoming State Govt Jobs, click here

Pay Matrix Table for Odisha State Govt Employees has been given on the below section. Odisha 7th Pay Matrix Schedule as per Revised Scales of Pay 2017 published by Finance Department, Government of Odisha on 7 September 2017. Get the upcoming Graduate Jobs here Schedule of Depreciation from January 2016 to July

The Union Cabinet has approved a 28% hike in DA with effect from July 01 for all categories of Central Government employees, pensioners and family pensioners.

Minimum Hike in Salary from July is 1980 per month

From July the minimum salary hike will be Rs. 1980 per month for central government employees. Get the upcoming & latest Engineering Jobs here

Cracking upcoming exams is not that difficult if you work hard. Naukrimessenger.com will help you to do so. Join our Telegram channel page now with the direct link provided on our homepage to get guidance and stay on the right track of preparation. You will also get other features that will help you.