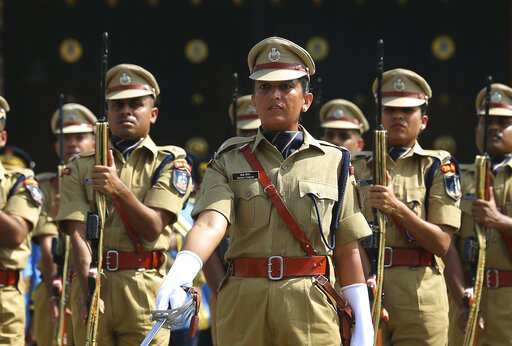 How to Become a Police Officer in India After 12th | what subjects should I take to become a police officer? Each state in India has its own police force. Each state’s rules and regulations are different. Here let’s know the comprehensive details about officer entry into the police department.

Becoming a police officer is one of the most respected professions in India. There are many ways to join the Indian Police Service. You can apply for this entry after the 12th standard. In India, one of the most respected jobs is that of a police officer. Police officers are representatives of the government and their job is to prevent crime and disorder and maintain peace and harmony in society.  Here are the following posts that one can apply to become a Police officer in the police department. To get the latest Police Jobs, Click Here

How to Become a Police Officer: Eligibility Criteria

Students who have cleared the 12th board exams are eligible to apply for police officer jobs in various posts including a constable and a head constable. One does not need to have a master’s degree to become a constable but must pass the appropriate entrance exams for the posts. After clearing the 12th board exams, the jobs and requirements to become a police officer are discussed below. Now let’s see the details about the qualifications required to apply for this Police Job. To avail of exclusive job offers, join our Telegram Channel page now!

What subjects are needed to become a police officer in India

As there are no specific courses to become a police officer in India, one cannot join specific colleges; Candidates from any department can join together

How to Join Police as an Officer in India

Police Courses After 12th for Female

In today’s generation, women are serious about their careers and many of them are keen to make their career in Indian Police Service. So far no specific courses for police service in India have been prescribed by the government. Instead, candidates will be selected on the basis of merit tests, physical fitness tests, and personal interviews. If a candidate has a clear vision of her/his career, it is beneficial to choose a program where he/she can apply his/her knowledge in Indian Police Service

Salary or Payscale in Police Department in India

Pros and Cons of Becoming a Police Officer

Pros of Becoming a Police Officer

Cons of Becoming a Police Officer

The police force is one of the first dreams that a child has in his future. But most of the students are unable to find the right path that they should follow to join the police force. In India, one of the most respected jobs is that of a police officer. Police officers are representatives of the government and their job is to prevent crime and disorder and maintain peace and harmony in society. Apart from this, police officers are responsible for conducting investigations into crimes, maintaining public order, recognizing situations where crimes are likely to occur, and other duties.

We have provided these study Materials so that you can practice and we hope this has been helpful to you. For more information on the position, salary offered and the exam, Naukrimessenger.Com has everything you need. You would need great upcoming Job offers that are too hard to let go of. Bookmark & ​​Join our Telegram Channel page today and see everything on it!