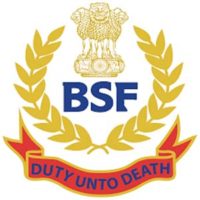 BSF Rank Wise Salary & Promotions 2022-23 | BSF Promotion System:  The BSF is responsible for protecting the nation’s land borders, maintaining peace, and preventing cross-border crime. It is the largest border security force in the world. Many candidates aspire to join the Border Security Force and serve the country. By working hard and doing your best you can get the promotion you want. You should work honestly and with full focus so that you get the benefit of getting promoted on time. To understand the pay scale, you must first understand the rank structure. In this section, we have explained the structure of ranking allotted to candidates belonging to Gazetted and Non-Gazetted Posts. Seekers who are surfing for the latest & Central Govt Jobs, Kindly check here

How to Get Promoted in BSF?

You are already familiar with the above-discussed rankings. There are two types of posts include gazetted and non-gazetted officers. However, the promotion policies for the two types of ranks work differently. Get the latest Army Jobs here

BSF Salary Per Month in India

BSF employees have a specific salary scale according to the department to which the officer belongs Rank-wise salary in BSF in India is Rs. 4,440 and Rs. 7,440 to Rs. 37,400 and the monthly payment will be Rs.67,000. The status and length of service of the employees will be taken into consideration while paying the salaries of the BSF employees. However, BSF salary is different for gazetted and non-gazetted posts.  There are three components of BSF salary viz. To avail of exclusive job offers, join our Telegram Channel page now!

For more information on the position, salary offered and the exam, Naukrimessenger.Com has everything you need. You would need great upcoming Job offers that are too hard to let go of. Bookmark & ​​Join our Telegram Channel page today and see everything on it!

What is a Grade Pay in BSF?

Grade pay is defined on the basis of which category the soldier belongs to. The Government has already deduced the number of employees in numerous classes. In accordance with this classification, a Grade pay allotment takes place on the basis of the category of employees. The Sum of Basic pay as well as Grade Pay results in the calculation of a Dearness Allowance as well as other allowances.

Types of Rank in BSF