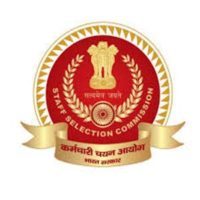 SSC MTS & Havaldar Salary 2022 | SSC MTS & Havaldar Salary after 5 years: The Staff Selection Commission (SSC) conducts a recruitment drive every year to fill the vacancies for the posts of MTS & Havaldar in CBN and CBIC under the Department of Revenue, Ministry of Finance. Most of the entrants who want to apply for SSC Multi-Tasking Staff & Havaldar are interested to know the details about their salary scale after joining the job. The basic salary offered varies from INR 18,000 to INR 22,000. In this linked article we have provided a detailed guide about Salary Scale and Salary Structure 2022 for SSC MTS & Havaldar posts along with Salary Structure and other benefits. Formerly, Commission released SSC MTS Havaldar Notification 2022, 3600+ Vacancies for MTS Havaldar, and 3698 Vacancies for SSC Multitasking Staff. Challengers who are concerned about Havaldar Recruitment 2022 must note the benefits they will get after clearing the exam and prepare for it with all their efforts. After participating and passing, challengers can be recruited for the post of MTS & Havaldar, if the candidate does not want to appear in the exam, they will be promoted to the post of MTS & Havaldar after the normal number of years of service as an SSC employee.

Appropriate contenders who clear the SSC MTS exam enjoy many benefits apart from salary under various schemes. Some of them are explained below. Get the latest Freshers Jobs here

Under the government system, one of the handsome benefits enjoyed by the nominees is the post-retirement benefits. After retirement, the candidates will enjoy various pensions which they can enjoy in traveling allowances along with other benefits. They are also given a decent amount of Provident Fund (PF), and gratuity

Under the government system, one of the handsome benefits enjoyed by the nominees is the post-retirement benefits. After retirement, the candidates will enjoy various pensions which they can enjoy in traveling allowances along with other benefits. They are also given a decent amount of Provident Fund (PF), and gratuity

Entrants joining SSC MTS enjoy the benefit of a lifelong pension after retirement. This pension plan is believed to act as an insurance plan for the applicant and the family as the pension is eternal till the death of the candidate.

After completion of stipulated service period, SSC MTS Havaldar gets promoted as Head Havaldar. Grade Pay of Head Havildar Rs.1900. Besides this, they will be given an increment from time to time based on their performance.

As the contestants are accustomed to the SSC MTS In-Hand Salary, Gross Salary, and Basic Pay, it is important for the candidates to know that there is a certain deduction in the gross salary of SSC MTS employees.

Full forms of the abbreviations used Below

Separately from getting a monthly salary, the candidates who are hired as SSC MTS Havildar are given various perks and benefits as below. Get the Graduate Jobs here

The above-mentioned benefits are not specifically mentioned for SSC MTS candidates but are common to all Govt jobs. Probationary candidates will be given fewer concessions as they are in training but once their role is confirmed they are allowed all the concessions to which they are entitled. Nominally, the probationary period for SSC MTS candidates is approximately 2 years and under this period they are given full resource training which is mandatory for all candidates. Their job description is usually to assist higher officials and maintain workflow in the department. They also get salary and other benefits as per the latest pay commission of the Central Government of India. Get the latest Diploma Jobs, here

We hope you find this post useful and informative about the upcoming Examination System, Previous Year Question Papers, etc. Naukrimessenger.com is the best website for those who want to participate in government, banking, court, and other exams. Naukrimeesenger.com makes it easy for interested people to read by providing study materials. This is a great way to keep up-to-date with the latest info about government and other Exams. To avail of exclusive job offers, join our Telegram Channel page now!