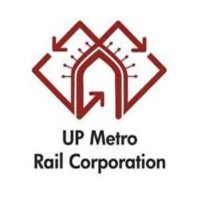 UPMRC Assistant Manager Salary 2022 | LMRC Assistant Manager Salary: Candidates who are willing to join the Uttar Pradesh Metro Rail Corporation Limited formerly Lucknow Metro Rail Corporation Ltd should be well aware of the Assistant Manager/ Engineer (AM) job salary and promotion. UPMRC offers good remuneration with good incentives and a package of perks and benefits. Salary and promotion depend on the post you are selected for. Those in a higher position will get more benefits and advantages. UPMRC pay scales for various posts and inclusive allowances are decided by the government. In this linked article we have provided a detailed guide about Salary Scale, Job Profile, Career Growth, Allowances, Promotion Policy, increments, etc. for UPMRC posts along with Salary Structure and other benefits.

The pay scale may be the same for various posts but there will be an increase in grade pay, which will increase with the seniority of the posts. You will know about the detailed salary structure, Promotion Policy, and other important information here. Participators looking for Uttar Pradesh Government Jobs can avail themselves of this opportunity with an affordable salary package of Rs.50000 – 160000/-

After participating and passing, challengers can be recruited for the posts of Assistant Manager/ Engineer, if the candidate does not want to appear in the exam, they will be promoted to the posts after the normal number of years of service as a Lucknow Metro Rail Officer. To avail of exclusive job offers, join our Telegram Channel page now!

We hope you found this article on the Salary for various posts informative and useful. You can also start preparing yourself for all types of Government exams and get quicker access to any required information through our Naukrimessenger.com. The article also provides the latest information and updates regarding ongoing recruitment processes. Bookmark our website now and ace your exam preparations!

The career development offered to Assistant Manager posts is very attractive, offering wide opportunities even after the aspirant gets the job. LMRC Assistant Manager’s pay structure under the 7th Pay Band is based on Pay Matrix Level 3. Pay level is the determining factor in basic pay and grade pay. Get the current job openings details here

Rendering to LMRC has good scope for growth and promotion. Promotion depends on the employee’s Annual Confidential Report (ACR) and seniority. On the other hand, grade pay does not change on promotion. Here is Assistant Manager Career Growth & Promotion Hierarchy. Get the latest Diploma Jobs, here

Most of the Court sector follows the uniform guidelines issued by the Ministry of Finance, Government of the UP in matters of incentive policy. The government sector follows two channels in the matter of promotion namely the merit channel and the normal channel. Get the Graduate Jobs here

As per the official data, a UPMRC Employee gets a fine-looking salary with over a dozen perks and benefits, which motivates government job aspirants to enroll in this job. Spaced out from UPMRC Assistant Manager Salary, security, lucrative perks and allowances are one of the main reasons for aspirants to enter the banking field. Nominees preparing for UPMRC Assistant Manager 2022 must be inquisitive about Salary.

Based on their performance, experiences and knowledge, below are the options followed after owning the post of UPMRC Assistant Manager posts. To get promoted, the candidate has to appear in the examinations conducted from time to time by UPMRC