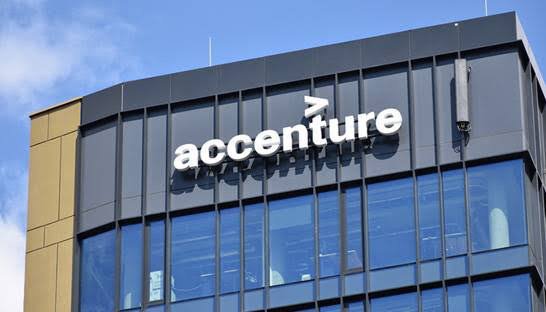 What is Accenture Variable Pay?

What are the typical Variable Pay-Outs across different levels?

How has Variable Pay evolved in India?

The concept of variable pay started gaining prominence in the Indian market in the last decade. Typically a Western concept, it has migrated with MNCs, arriving in Asia and other emerging markets. But Indian companies are now catching up with Western countries because the best part of variable pay is performance-linked. Even public sector organizations are now moving towards it, where the percentage of variable pay offered is generally not high. Get the Graduate Jobs here

Who gets Variable Pay?

There is a fair amount of visibility within and between companies when it comes to who gets variable pay and why. Some jobs typically have variable pay. For example, sales roles and leadership roles typically have clear pay linked to specific deliverables. Get the latest Freshers Jobs here

We hope you find this post useful and informative about the upcoming Examination System, Previous Year’s Question Papers, etc. Naukrimessenger.com is the best website for those who want to participate in government, banking, court, and other exams. Naukrimeesenger.com makes it easy for interested people to read by providing study materials. This is a great way to keep up-to-date with the latest info about government and other Exams. To avail of exclusive job offers, join our Telegram Channel page now!

Difference between Fixed Pay and Variable Pay in salary structure?

So variable pay is part of your salary package. You will get your fixed pay at the end of every month but you will get your variable pay quarterly/semi-annually/yearly (may differ from company to company). Let us understand this with an example. Suppose a company pays variable wages every quarter.

Advantages and Disadvantages of Variable Pay

Accenture Variable Pay in Which Month

This is 15% of your standard. Variable pay will be given twice a year based on your performance.

Profitability of the company, whether the company made a profit or suffered a loss during that particular period, usually 6 months. Your usage in a program, whether you are on the bench or have been in a program for the entire period, i.e. again 6 months. Your last performance appraisal is a key factor in variable pay Once you are able to overcome all the above factors, you will receive 100% of your eligible variable amount. If either of those things doesn’t go well, the percentage can be anywhere from 0 – 80, again inclusive of both.

How much does an average employee earn at Accenture with 15% variable pay?

Rarely does anyone get full variable pay? With the recent change in compensation policies, things have become even worse. For 15.6% of my pay, it is 71,200 divided into two terms, but the total I got was somewhat 27000, which is only 6%. Few others got worse. 71,200 divided into two terms, for 15.6% of my salary, but the total amount I got is roughly 27000, which is only 6%. Others have gotten worse. This is despite having a great performance rating and 104% utilization. The calculation for pay is not transparent and if you ask HR you won’t get any reason.

What percentage of variable pay does an Accenture employee usually get 27%?

If Accenture offers fixed compensation of 7 lakhs and variable pay of 0-15.6%, how much can I expect for take-home pay?

Variable depends on many factors like your performance+company performance+project performance+luck+etc. I.E ur use in allsec. If it is 100%, you can get a good variable. If you want to pay the maximum variable, always pay in the WBS. Do BPA with unassigned.