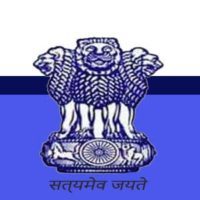 CSBC Bihar Police Prohibition Constable Salary 2022 | CSBC Police Madhnishedh Sipahi Salary: The Central Selection Board of Constables (CSBC), Bihar always provides the best career development to its employees. Promotions can be achieved through excellent performance and passing internal examinations. There are various domains where Probihition Constables (Madhnishedh Sipahi) through the CSBC Bihar Recruitment Examination 2022 are posted frequently and each domain has its requirements and requirements.

CSBC Bihar conducts a recruitment drive every year to fill the vacancies for the posts of Police Probihition Constables Posts. Get the latest State Govt Jobs, here

We hope you find this post useful and informative about the upcoming Examination System, Previous Year Question Papers, etc. Naukrimessenger.com is the best website for those who want to participate in government, banking, court, and other exams. Naukrimeesenger.com makes it easy for interested people to read by providing study materials. This is a great way to keep up-to-date with the latest info about government and other Exams.

To recruit eligible candidates as Police Prohibition Constable. The official notification regarding recruitment is yet to be released by the election authorities. Before advancing your products, it is important to have an idea about the salary and job description.

House Rent Allowances:  Based on the location of the workplace, housing rent steps are provided to employees to meet housing costs in urban areas. After the 7th pay band, HRA is calculated based on location, the particular employee is employed.

Gross Pay: It is the total amount earned by the employee during the given interval before any deductions. The monthly gross salary of a CSBC Bihar Police Prohibition Constable is INR.21,700/-

Travel Allowance: It is given to employees to meet the expenses of traveling during office hours or on an official tour.