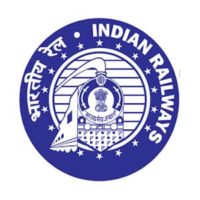 10′  [Other Apprentices] [Special Passes] of Schedule VII of the Railway Employees [Pass] Rules, 1986 [Second Edition, 1993] may be issued to Apprentices and Apprentices against Group ‘C’ other than Apprentice Statutory Posts. Passing grade [for self only] based on the minimum pay of the post or grade to which they are to be appointed on completion of their apprenticeship, in accordance with the pay limits fixed from time to time. This provision provides for the issuance of passes only and not PTOs. Participators looking for Central Govt Jobs can avail themselves of this opportunity

On receipt of a reference from a Zonal Railway, it has been decided to amend the Railway Staff [PASS] Rules, 1986 [Second] with reference to the Board’s earlier letter on the subject which provided for the issue of both PASS and PTOs to such trainees and trainees, and the Board has considered the matter. Edition, 1993] by inserting the words ‘and PTOs’ after the word ‘pass’ appearing in line 2 of Schedule VII [Special Passes] of Railway Servants [PASS] Rules, 1986 [Second Edition, 1993] ADVANCE CORRECTION SLIP NO. 51 [embedded]. To avail of exclusive job offers, join our Telegram Channel page now

An Apprentice shall not be exempted from a stipend for the period he is on ordinary leave or medical leave. Through, no stipend will be paid during the period an apprentice is on extraordinary leave. In this linked article we have provided a detailed guide about Salary Scale, Job Profile, Career Growth, Allowances, Promotion Policy, promotion chances, Salary, increments, etc. for Apprentice posts along with Salary Structure and other benefits.

What is the Salary of Apprentice in Railway

Test and Grant of Certificate

Engagement of Apprentices After Training

Salary Structure for the Railway Apprentice